All the Frequent Troubles of Our Days

All the Frequent Troubles of Our Days 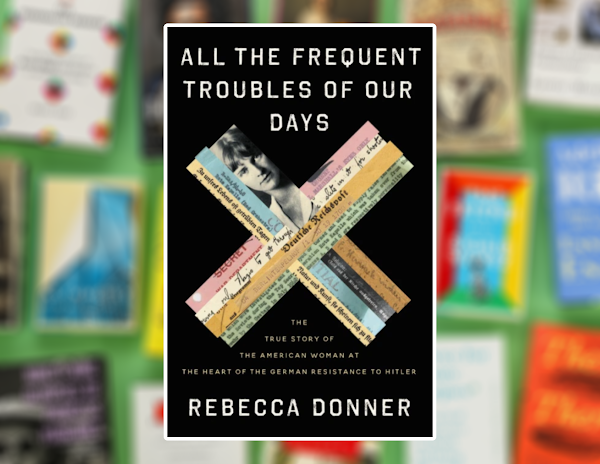 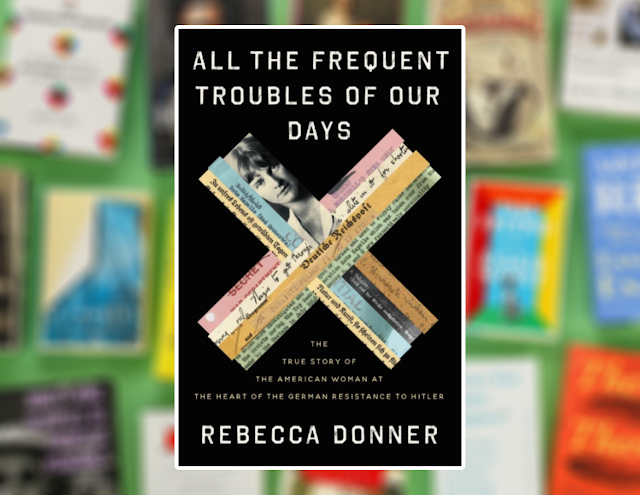 Name - All the Frequent Troubles of Our Days

About Book All the Frequent Troubles of Our Days

The “highly evocative, deeply moving” true account of the extraordinary life and brutal death of Mildred Harnack, the American leader of one of the largest underground resistance groups in Germany during WWII—“a stunning literary achievement” (Kai Bird, author of The Outlier and co-author of Pulitzer Prize-winning American Prometheus)

Born and raised in Milwaukee, Mildred Harnack was twenty-six when she enrolled in a PhD program in Germany and witnessed the meteoric rise of the Nazi party. In 1932, she began holding secret meetings in her apartment—a small band of political activists that by 1940 had grown into the largest underground resistance group in Berlin. She recruited working-class Germans into the resistance, helped Jews escape, plotted acts of sabotage, and collaborated in writing leaflets that denounced Hitler and called for revolution. Her coconspirators circulated through Berlin under the cover of night, slipping the leaflets into mailboxes, public restrooms, phone booths. When the first shots of the Second World War were fired, she became a spy, couriering top-secret intelligence to the Allies. On the eve of her escape to Sweden, she was ambushed by the Gestapo. At a Nazi military court, a panel of five judges sentenced her to six years at a prison camp, but Hitler overruled the decision and ordered her execution. On February 16, 1943, she was strapped to a guillotine and beheaded.

Historians identify Mildred Harnack as the only American in the leadership of the German resistance, yet her remarkable story has remained almost unknown until now.

Harnack’s great-great-niece Rebecca Donner draws on her extensive archival research in Germany, Russia, England, and the U.S. as well as newly uncovered documents in her family archive to produce this astonishing work of narrative nonfiction. Fusing elements of biography, real-life political thriller, and scholarly detective story, Donner brilliantly interweaves letters, diary entries, notes smuggled out of a Berlin prison, survivors’ testimony, and a trove of declassified intelligence documents into a powerful, epic story, reconstructing the moral courage of an enigmatic woman nearly erased by history.

Novelist Donner (Sunset Terrace) brings her heroic great-great-aunt Mildred Harnack (née Fish) to life in this stunning biography. Born in 1902 in Milwaukee, Mildred met her future husband, German native Arvid Harnack, while attending graduate school at the University of Wisconsin. The couple settled in Germany in 1929, where they viewed the rise of Adolf Hitler and his Nazi party with alarm. In 1933, they began holding secret meetings with a loose network of “like-minded people” and distributing anti-Nazi literature to workers and students. As Germany prepared for war, the couple and other members of “the Circle” took greater risks: Arvid funneled military secrets to the Soviets; Mildred used her job as a literary scout to meet with anti-fascists across Europe. In 1942, after Germany cracked the cipher code used by Soviet intelligence, revealing the names and addresses of group members, the Harnacks fled for Sweden but were captured, tortured, and tried for treason. Arvid was sentenced to death by hanging; Mildred’s six-year prison sentence was overruled by Hitler and she was executed by guillotine in February 1943. Donner’s research is impeccable, and her fluid prose and vivid character sketches keep the pages turning as the story moves toward its inevitable, tragic conclusion. This standout history isn’t to be missed. Illus. Agent: Jim Rutman, Sterling Lord Literistic. (Aug.)
Publishers Weekly
Extraordinarily intimate… Wilder and more expansive than a standard-issue biography… a real-life thriller with a cruel ending—not to mention an account of Hitler’s ascent from attention-seeking buffoon to genocidal Führer.”—Jennifer Szalai, New York Times
“A powerful book… Ms. Donner’s use of the present tense increases the feeling of inevitability as she unfolds her story to its horrific conclusion... A nonfiction narrative with the pace of a political thriller, it’s imbued with suspense and dread… a deeply affecting biography, meticulously researched and illustrated… Ms. Donner evocatively brings to life the giddy feeling of freedom under the Weimar regime in Berlin and how swiftly it eroded. Her account of the decline of liberties is harrowing.”—Moira Hodgson, Wall Street Journal
“A deeply moving act of recovery… In a photo of those pages reproduced in the book, Mildred Harnack’s cramped yet careful handwriting crystallizes Donner’s goal: to write her heroic forebear back into history, to bring her back to life.”—Bethanne Patrick, Los Angeles Times
“A tour de force of investigation… The story unfolds in fragments… but as the pieces cohere, the couple’s story becomes gripping… The abiding impression is of virtuous, extraordinarily brave people caught up in tragic horror.”—The Economist
Checkout

Rebecca Donner's essays, reportage and reviews have appeared in numerous publications, including the New York Times, Bookforum, Guernica, and The Believer. All the Frequent Troubles of Our Days is her third book; she is also the author of a novel, Sunset Terrace, and Burnout, a graphic novel about ecoterrorism. She was a 2018-2019 fellow at the Leon Levy Center for Biography, and has been awarded residencies at Yaddo, Ucross Foundation, Virginia Center for the Creative Arts, and Vermont Studio Center. Born in Vancouver, Donner is a graduate of the University of California at Berkeley and Columbia University, and has taught writing at Wesleyan University, Columbia University, and Barnard College. 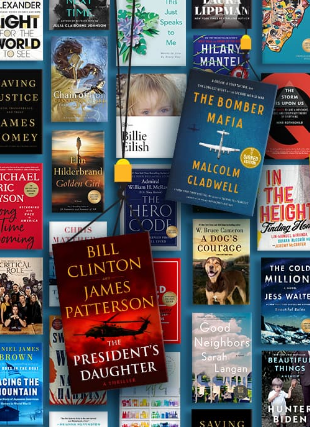